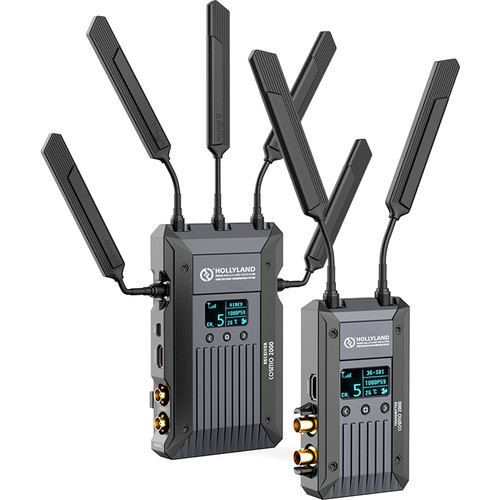 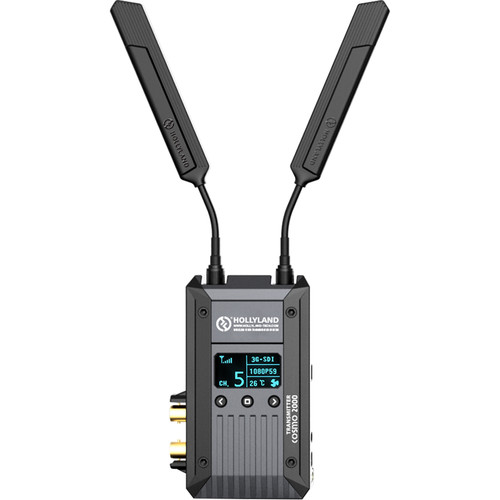 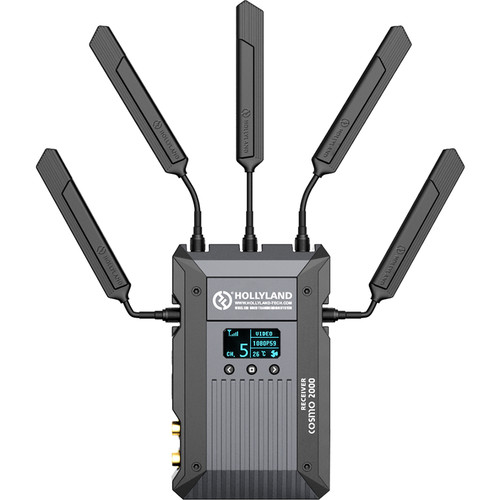 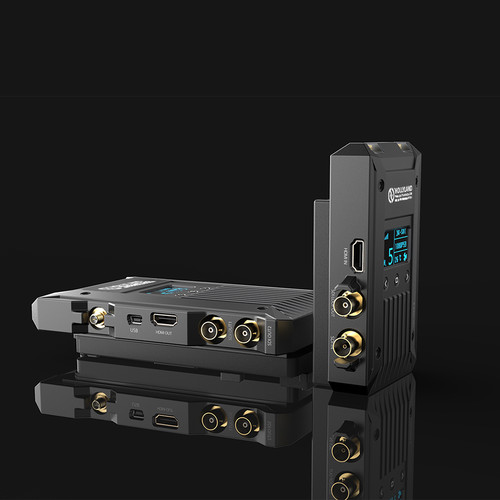 The Hollyland Cosmo 2000 allows you to transmit an HDMI/SDI signal up to 2000′ to an HDMI or dual SDI outputs. The transmitter/receiver set supports up to 1080p60 signals with a latency of <1 ms. The transmitter also offers an SDI loop-through output and 3.5mm stereo audio input. The system operates on the 5.1 to 5.9 GHz frequency band and is encrypted to prevent video leakage—only the matched receiver shows clear images; unmatched receivers are unable to, even when on the same frequency. One of the outstanding features of this Cosmo 2000 is a built-in software optimization for use with the ARRI ALEXA Mini. The Cosmo 2000 was designed to successfully handle playback on the ALEXA Mini without waiting. Other features include an OLED screen and a smart cooling fan that automatically kicks in whenever the temperature reaches extreme highs.

The transmitter is designed to be powered via its 4-pin LEMO connector only, and the receiver features a V-mount battery plate and a 4-pin LEMO connector. Two D-Tap to LEMO cables are included to provide the flexibility to power both units via a cable connection to compatible batteries. The transmitter uses two antennas and the receiver five antennas. All seven plus a spare are included, and two mushroom antennas are also supplied as replacements for the transmitter antennas.