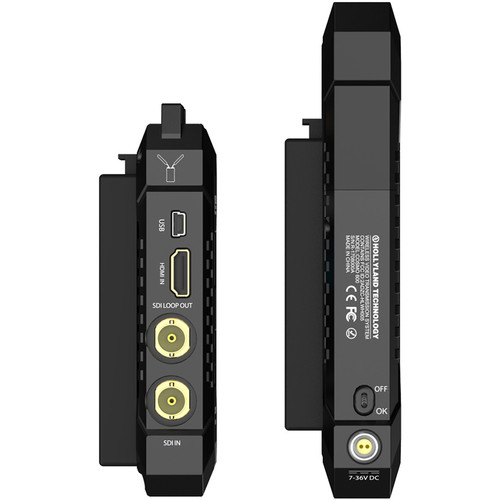 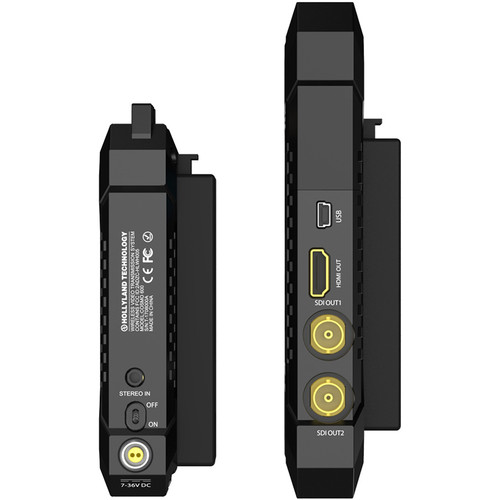 the Hollyland COSMO 600 allows you to transmit an HDMI/SDI signal up to 600′ to an HDMI or dual SDI outputs. The transmitter/receiver set supports up to 1080p60 signals with a latency of <1 ms. The transmitter also offers an SDI loop-through out and 3.5mm stereo audio input. The system operates on the 5.1 to 5.9 GHz frequency band and uses AES-128 encryption for secure live delivery of your video. Other features include an OLED screen on both units, timecode, and automatic synchronization with camera recording.

The transmitter and receiver both feature an L-series battery plate. Additionally, D-Tap to LEMO cables are included for powering both devices off compatible batteries. The transmitter uses two antennas while the receiver has a built-in antenna. Three highly flexible antennas that are less disposed to accidental damage are supplied for the transmitter, one as a spare, and two mushroom antennas are also provided as replacements for the standard ones.